Founded in 2007 by Mikeee Tassinari, we have conducted nearly 60 Jamborees in the past 13 years.

North-East Truck Camping Jamboree
How we got started

The North-East Truck Camping Jamboree got its beginnings from a simple post on RV.Net by a New Yorker who goes by the name of Mike Stryker. There were lots of Jamboree’s being held on the West Coast because Truck Campers have always been so popular out there.

NATCOA was doing their thing out in Nebraska, heck even a group down in Florida was starting a Truck Camping Rally, and here in the North-East there was a  single (once a year) Truck Camper Rally in Sanford Va and that group called themselves the Mid-Atlantic Truck Camping Jamboree. There was nothing that anyone could join or do in New England area.

So this Mike Stryker puts a post in RV.Net ( to this day I have never met Mike ) sometime in December of 2006 to ask if there was any interest in putting together some type of gathering in the North-Eastern part of the USA for Truck Campers. I was recovering from a horrible ankle injury that past summer and offered to take the reins and seek donations from Corporations who were involved in Truck Camping in one manner or another. Torklift International was my very first sponsor and I did not even have a Web site yet. So after that 1st post on RV.Net from Mike Stryker, I got the word out as best I could and in late May of 2007, we held our very first Jamboree in Andover Vermont at the Horseshoe Acres Campground. I knew of this Campground because it had had a large safari field and an enclosed pavilion in case of bad weather.

My original plans were to do a once a year Jamboree and share some ideas about everyone’s Truck Camper modification’s, have a seminar or two about Truck & Truck Camper maintenance, meet new people who share a passion about truck camping, have a great Pot-Luck Supper on Saturday night, and head out on Sunday knowing that everyone had a great time and wanted to come back next year. I believe we got 22 rigs to show up and I was so happy.

So want to guess what happen next?

In August of that same year a guy by the name of Dick Carpenter AKA “Trapper Dick” posted on RV.Net that he had so much fun at our May Jamboree that why couldn’t we go another Jamboree that fall. I sent Dick a private Email and told him I would fund his Jamboree as long as he did so under the North-East Truck Camping Jamboree banner. We chatted over the phone and Dick agreed to become my very first “Wagon Master”. We then discussed what he should do next and tossed out various ideas. Trapper Dick found a Campground in North Conway NH, locked in the dates and off we went in planning our 2nd Jamboree. I worked the phones for donations and Dick put together an awesome event.

Now remember I had no master Email list, no contacts to spread the word around, other than to post on RV.net that we New Englanders were doing a fall truck camping Jamboree. So in just about 6 weeks, we planned this event, got donations, and to my surprise, we broke our May jamboree attendance by having 25/26 rigs show up at that North Conway NH campground. I knew that that I had something special and just took it to the next level.

2010: We did 3 Jamborees and went to Nova Scotia with the group.

2012: We did a mind boggling 6 Jamborees.
Also of note is our 1st of a continuing yearly September Jamboree at the Gettysburg Campground in Gettysburg PA.

2014: We did another 5 Jamborees and went to Disney’s Fort Wilderness with the group.

2016: We did another 5 Jamborees and went back to Nova Scotia with the group.

The 2017 Jamboree was very special to me as we went back to the same Campground, in Andover Vermont where we got our beginnings to celebrate 10 years of doing Jamboree’s. Everyone who attended got a 10th anniversary T-shirt at no charge to them. 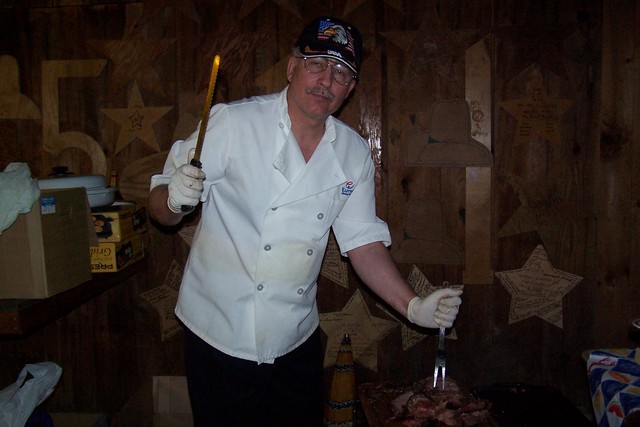 I also knew that I did not want to make these Jamborees the “Mike Tassinari show” and decided to keep the Wagon Master title. So I encouraged others to find a Campground and negotiate a discount, lock in the dates and I would give them a budget to spend. This way each Wagon Master could put their individual thoughts and tastes on running a Jamboree.

I have to give credit to my very good friends Anne and Joe Brown (Wagon Masters of May, 2008) plus many others, who put the foot print of what we do at a North-East Truck Camping Jamboree today. Up 2010 we have averaged around 20 – 30 Truck Campers in the Spring Jamboree’s and a few more in the Fall Jamboree’s

So Mikeee gets this great idea to hook up with a small Truck Camping club in the Michigan-Ohio area and along with our group have a wonderful Jamboree someplace in South Eastern PA because it was about 400 miles of driving from MA and a similar distance from Ohio-Michigan. So we pick Western Village RV Park in Carlisle PA (September of 2009) 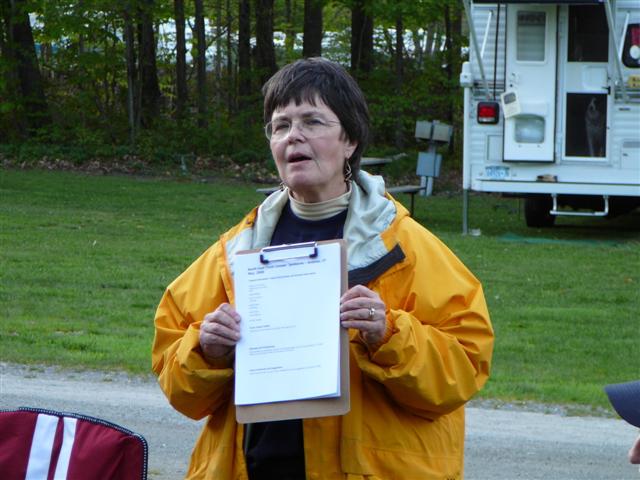 I would also like to give you an idea of how just generous this group is. As our Jamboree’s grew and grew and we needed additional items, it became necessary for me to get a trailer to store everything needed to do a Jamboree.

You see my wife, Cathie did not mine filling up the entire Cab-over area, did not mind filling up the dinette area, did not mind stuffing the back of our truck with stuff, even the isle of the Truck Camper was being used, BUT put her foot down when I filled up the bathroom with stuff. We still have a chuckle over that.  So I put the word out that I was seeking donations to purchase a enclosed trailer that I could tow to every Jamboree and Cathie could have her camper back, and can you believe that over the course of 2 year of Jamboree’s – I collected just over three quarters of the purchase price of a tandem trailer.

This group is just so awesome!!!!!